What happened to the US economy in the past week? Want to know what economics the US has this week? Want to learn American finance but don’t know how to start? Let’s Read Chart, and Learn Economic.

Yaonology have helped you sort out the 5 major economic events that you must know about in the United States.

Based on the previous data, SP500 gets a positive return in the next 12 months after the first two rate cuts are 25 basis points. 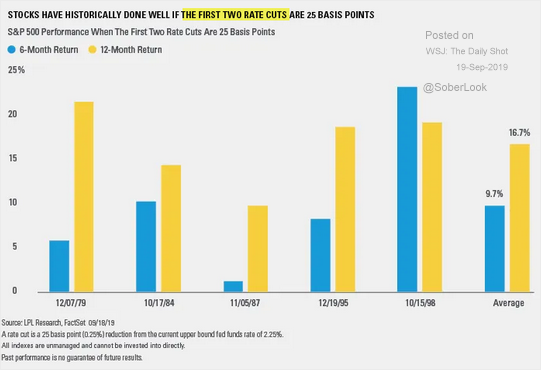 However, the FOMC appears to be divided on the 2020 implied Fed Funds Target Rate. Almost half Fed board thinks to need to increase the interest rate next year. However, the other half board thinks to need to cut-rate next year. Therefore, this divided situation lets the average rate for next year maintain on the same level. On the other hand, the market bond traders are still leaning toward another Fed Rate Cut. (Blue arrow) 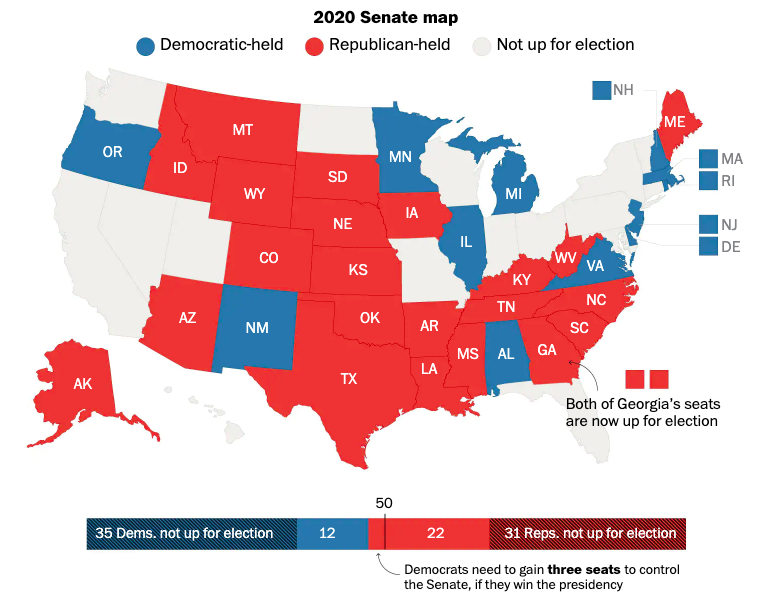 Source:  Washington Post, How the 2020 Senate map is shaping up. 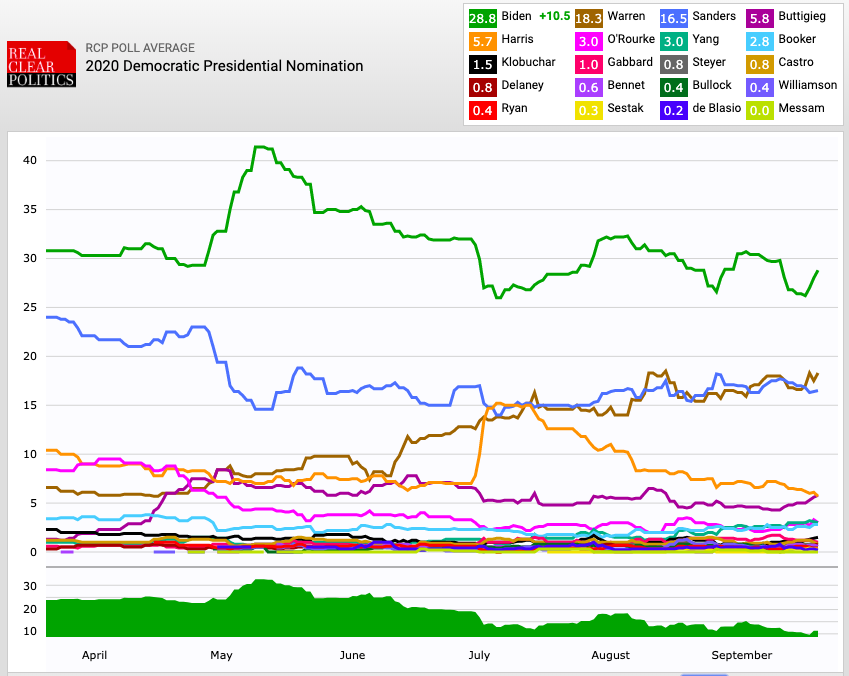 However, Warren is leading in betting odds 38.1, much higher than the other candidates. Who will be the Democratic nominee in 2020?? 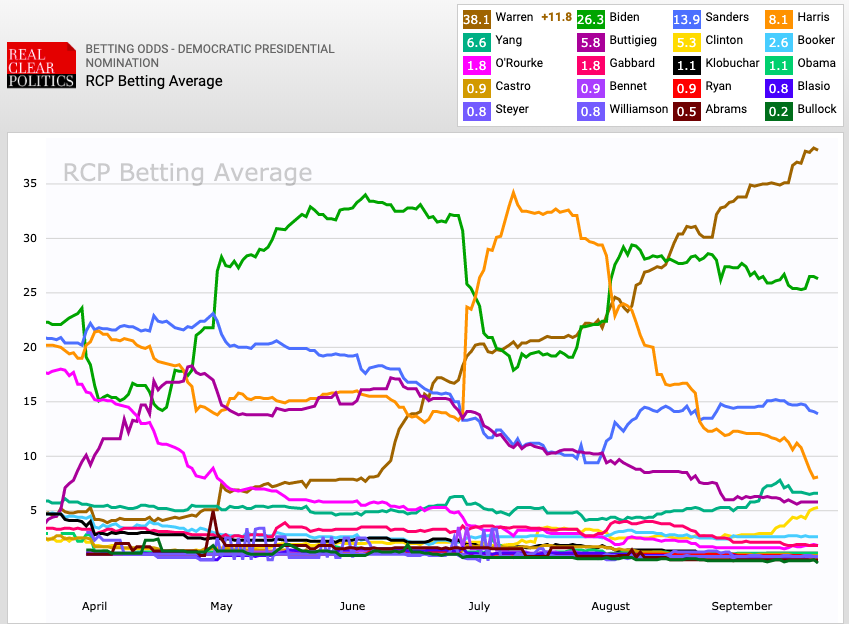 Source: BlackRock, Where is the U.S. economy headed.

The industrial production is going down and hits the lowest point since 2017.

CEOs and CFOs are pessimistic about the economy and think the US will be into recession within a year. Moreover, CEO Economic Outlook is going downtrend. Furthermore, capital expenditures and sales expectations are on the downtrend since 2018Q2. 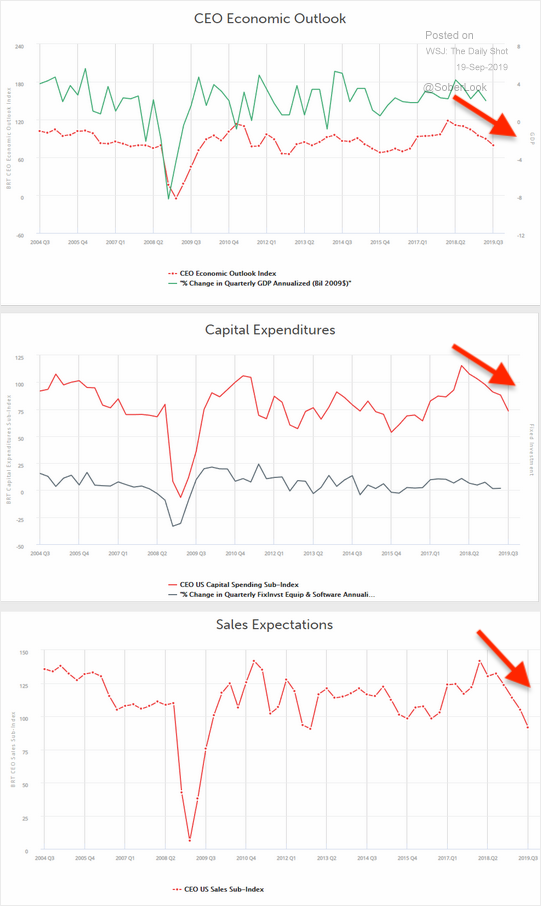 Source: WSJ The  Daily Shot, CBS Most CFOs think the US will tumble into recession within a year, Business Roundtable

Click here if you want to learn more chart and economic news.

Keep an eye on Yaonology.com and give you the most immediate economic news.